(...)
You are gentle in your approach to life and to people.
While you have an active imagination, you do not, and would never, act on these things.
Keep in mind that you are not alone, not the only one, in having these fantasies.
The fact is that it is very common for men to have fantasies.
It’s just being human.
Forgive yourself for having a human imagination.
(...)
Online healthcare forum - response to anonymous letter

Fantasy is commonly defined as „imagining an unlikely and pleasurable situations” (Cambridge Dictionary). But when the „pleasurable” is replaced by the abhorrent and morbid, what the fantasy becomes then?

The work questions the social and individual understanding of perversion. It pays attention to the socially tabooed imagination that encompasses violence and sexuality - with focus on how it is accommodated through personal narrative and where confessing it takes place.

Warm thanks to Starpery Company, SiliconeLovers and Erik Bolt & PDJW Leather for collaboration on the animation work. 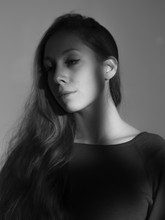 Agata Wieczorek’s practice combines film and photography while moving between constructed documentary and documented fiction.
Human body, placed in situations that are extremely intimate and extremely political at the very same time, is a recurrent subject in her works that examines economies of gender and commodification of queer; identity politics; and how these are employed by strategies of governmental power.
She is currently artist in residence at Le Fresnoy – Studio national des arts contemporains (2020-2022). She previously graduated from the National Film School in Lodz, Poland (Direction of Photography), and from the Strzeminski Art Academy in Lodz, where she studied painting and fine art printing.