"It may have been philosophy's first absolute metaphor when Heraclitus described thinking as fire, not only because fire, for him, was the divine element but because it has the property of constantly taking up what is foreign & transforming it into itself” Hans Blumenberg, Shipwreck with a Spectator

In Fire Keepers Younes Ben Slimane explores the complexity of Tunisian reality through fire in its constant mutability and transformative power, this crucial element is thoroughly examined in its metaphorical dimension, as a symbol of resistance throughout the mythical and real history of the country, but also in its actuality as the main protagonist of this project and the “the symptom of a profoundly upsetting political and social situation”.
This ontological investigation will be carried through a video, an architectural model of the Punic port in salt and several drawings using the transfer technique. For the video Younes turned into a Cyber wanderer retrieving footage shot by protesters during the demonstrations which marked the 10 years anniversary of the revolution, pixelized and almost indecipherable. Blocs of salt form the small-scale Punic port, a very frail and delicate material whose handling demands a lot of finesse and dexterity. The same element used by the Romans following the conquest of Carthage that they burned and covered with salt to prevent its fertile lands from ever bearing fruit The drawings track the imprints of the revolution on burned walls, Younes collected the dusty ahes of these walls to make the transfers and create the final drawings. These attributes were highly coveted by the artist who turned the frailty of his chosen artistic mediums into a commentary on the fragility of life, art, and our perception of reality.

Despite the presence of the spectre of destruction in Fire Keepers, regeneration and renewal take precedence in this project which is cathartic not only for the artist but for a whole nation seeking to make peace with demons past and present. 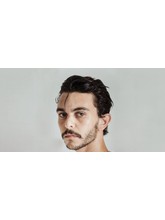 Born in 1992, Younès Ben Slimane is a Tunisian visual artist, filmmaker and architect. In 2020, he entered Le Fresnoy - Studio National des Arts Contemporains. His work has been shown at the Centre Wallonie-Bruxelles in Paris (FR), the Selma Feriani Gallery in Sidi Bou Saïd (TN), Mucem in Marseille (FR) and the Museum of Contemporary Art in Skopje (MK). His films have been selected in national festivals such as the Carthage Film Days (TN), where he won the Tanit d’Or, and in international festivals such as Locarno Film Festival (CH) and CPH:DOX( DK). In 2021 he received the Studio Collector Award.