The first films of Patagonia - where I grew up - show a territory that no longer exists, as the araucarias, millenary trees from the Patagonian forests, were in part replaced by more productive pines. Near my new home, in Belgium, I find araucarias that adorn front gardens. We hear some girls playing in the car, pointing out araucarias on the road. How did these plants become a petty-bourgeois fashion in northern Europe? I confront these archives with contemporary technoscientific images, used by a lab to explore plant modifications. What can these modes of representation tell us about our time? 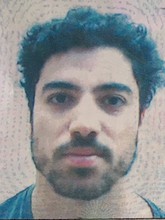 Born in 1988 in Patagonia, Argentina. He is a director and screenwriter, graduated from the Universidad Nacional de las Artes, in Buenos Aires. With a multidisciplinary background, always in orbit around cinema, he is currently studying at Le Fresnoy, Studio national des Arts Contemporains, in France. He has participated in the Berlinale Talents BA. Screenwriter of several documentary films screened at festivals (FidMarseille, Doclisboa, Mar del Plata Festival, among others). His short film Moheda premiered at FIPADOC 2022. He is preparing his first feature film as director, Handbook for Immigrants (INCAA, FNA, Mecenazgo de Buenos Aires, X Bolivia Lab, Atelier Talents Buenos Aires, CineQuaNonLab).