The ENTITIES series are “performing machines”, moving objects that, due to their independent source of energy and their particular behavior, perform without any support of, or connections with, human beings. They feed on solar energy, wind energy, or even on the residual energy of a building’s ventilation system, like parasites.

1: Performative objects
One could argue that “performance” in an artistic environment is something exclusively human, or at least something reserved for “living beings”. However, more fundamental could be performance’s relationship with unpredictability. When an object and its energy source would be completely self-sufficient and its movements unpredictable, it could become an entity with an independent lifecycle. It is not only “serving” or “performing” for human beings. It has a “life” on its own.

2: Discontinuous Energy
The idea is to look at energy as an ever evolving, unstable, natural phenomenon. Hence, the machines that are powered by this source should also follow this natural instability.
The goal of this research is to pose a fundamental question: what if machines would follow fundamentally irregular dynamics? What if our technical environment would not be based on continuous and instant efficiency, and instead would function as an ecosystem?

3: Low-Tech
As an immediate technical consequence of this “poetic research”, fundamental questions are posed: the functioning and hence the construction of nearly all machines needs to be reconsidered. The mechanical parts of ENTITIES are all based on Da Vinci-like mechanics such as pivotal points, hinges, levers etc. These mechanics give the installation a “magical” experience, as if the moving objects are not real, as if gravity doesn’t exist. 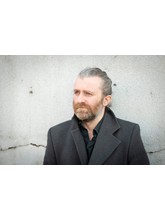 Kris Verdonck studied visual arts, architecture and theatre. His creations are positioned in the transit zone between visual arts and theatre, between installation and performance, between dance and architecture. He is the artistic director of A Two Dogs Company and curator of the yearly exhibition “Extractions”.